If you just bought your weekly or monthly supply of live mealworm you have to do something with them until they are consumed. Solution: Mealworms that you get from your local Wild Bird Store or Feed Store are typically kept in the home refrigerator.


The reason you want to refrigerate your worms is to keep them from continually moving through their life cycle. By refrigerating the worms it arrest their growth. They will stay in larvae or “worm” stage as long as they are cold.


If the worms warm up they will eventually become a pupa, then a few weeks later a beetle. The beetle lays the eggs and the eggs become worms. These 4 stages of egg, larvae, pupa, adult are called a complete metamorphosis.


Once in the fridge mealworms can live for months. We typically advise that once a week you allow the worms to warm up and feed them a small carrot for about 8 to 10 hours. Then place them back in the fridge.


However… worms that eat something produce something called “frass.” Frass is the mealworms poop mixed in with any exoskeletons that has occurred. Frass is not hard to handle. Just put it through a fine strainer and place the frass in your garden.


If you don’t remove the frass eventually the worms may die off in the fridge. Since you probably have the top on your mealworm container mealworm moisture will combine with the frass to become a smelly mess.


If you are going to hold your worms for weeks then the wheat bran is your only solution. The wheat bran provides food for the worms. Since the worms don’t eat much while cold the bran is really just keeping the moisture level down. It’s the moisture mixed with the frass that causes the problems and could cause your mealworms to die off.


Simply ask your supplier to add the wheat bran to your order. Don’t strain out with bran when you are ready to use the worms. Just place the bran and mealworms into birdfeeder. 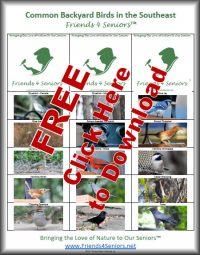